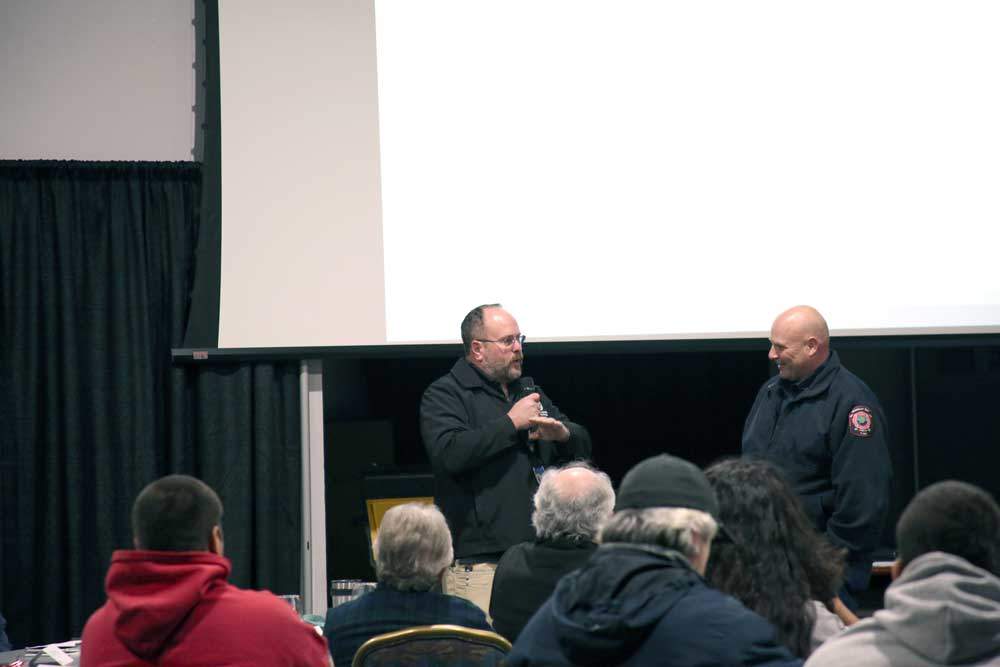 “There were times where it was very stressful and emotional, because you’re dealing with two children.”

March 6, 2019 – Multiple county and tribal emergency response teams from around the North Coast attended the ‘Search and Rescue in Community Disasters’ course held at the Blue Lake Rancheria. The two-day course focused on how to survive a disaster and safely conduct search and light rescue response in the community.

“More than likely you’re going to be cut off from your real responders like your fire and police for days to weeks. So you’re going to have to be the initial first responder, and that’s what this class is all about,” Stephen Burnett, training specialist, with Texas A&M Engineering Extensive Service, said.

Exercises went over what to do in the immediate aftermath of a natural catastrophe, and steps to take when aiding family members and neighbors.

“Check your family and make sure they’re safe. And then go around and check your neighbors. Make sure they have kits with water and food supplies for three days at the minimum,” Burnett said.

To illustrate all the moving parts involved in an emergency, a first responder spoke to attendees about the recent rescue efforts involved in the two missing Benbow girls who were found safe after spending two days in the woods.

“There were times where it was very stressful and emotional because you’re dealing with two children,” Battalion Chief Chris Emmons with Humboldt Bay Fire Rescue, said.

“Many of us can relate to that if we have kids; the good way to put it is you want to save the innocent. You want to help them so much, but come to find out these were two strong little girls.”

Emmons was assigned to work in a logistics capacity during the search at the Emergency Operations Center for Humboldt County.

Emmons addressed how multiple agencies came together during the search.

“The political boundaries felt like they were dropped.  Everybody was willing to help. Whether it was a federal, state, local, or county,” Emmons said.

The course work is intended to focus on lessons learned from a variety of disaster incidents such as emergency rescues, hurricanes, tornadoes, and man-made disasters and Emergencies.