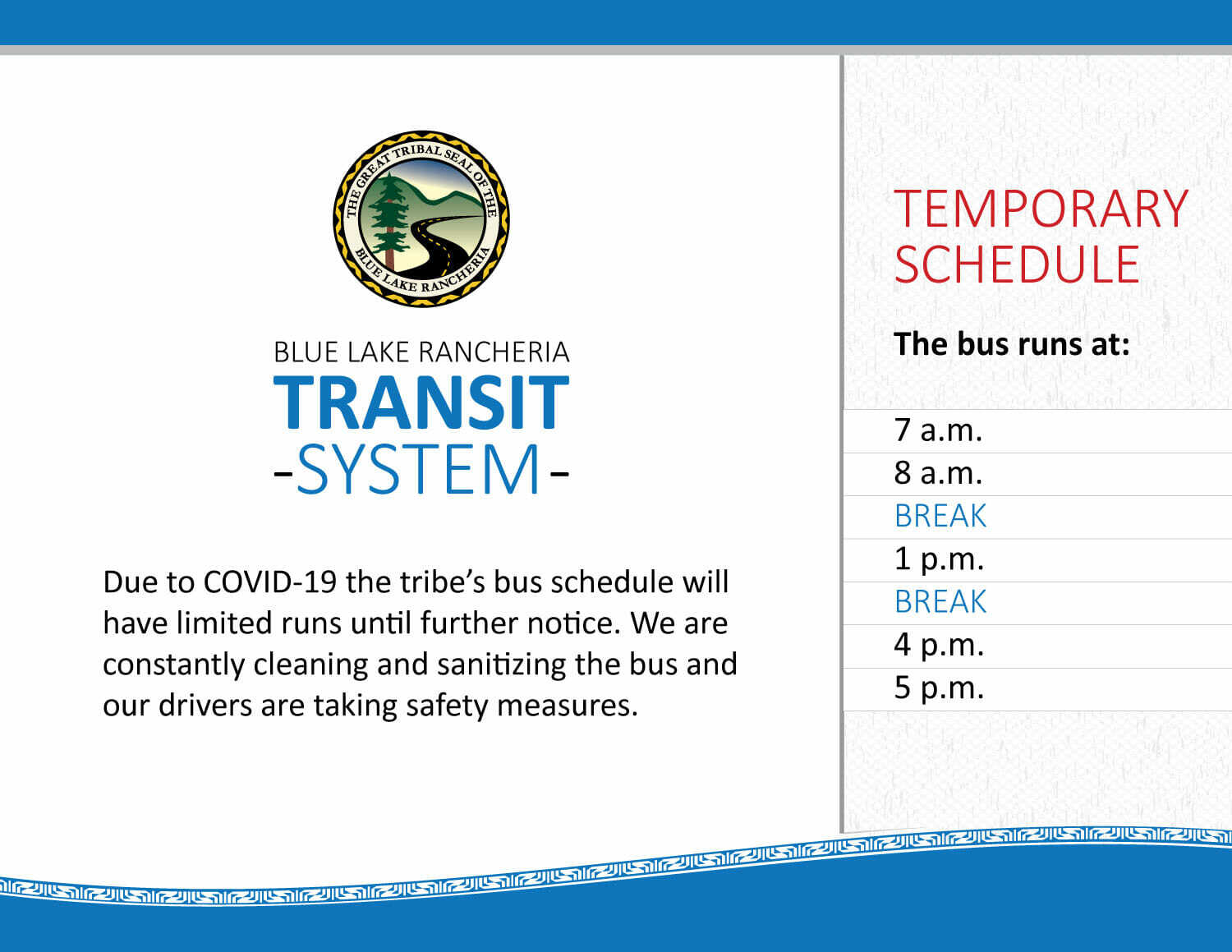 Since 2000 the Rancheria has funded and operated a deviated-fixed route transit service system, Blue Lake Rancheria Transit System (BLRTS), to serve Rancheria riders as well as riders in Blue Lake, Arcata, McKinleyville and Eureka. Blue Lake Rancheria is the only tribe on the North Coast to operate a public transit system. BLRTS operates between 7:00 a.m. and 6:00 p.m. on weekdays, providing 16 trips per day and provides over 1,300 trips per month. The BLRTS serves two transit stops on the Rancheria, seven stops within the City of Blue Lake and one stop at Glendale and several flag stops are available along the route. BLRTS buses are equipped with ADA wheelchair lifts and to also carry bicycles, enabling multimodal transportation opportunities. 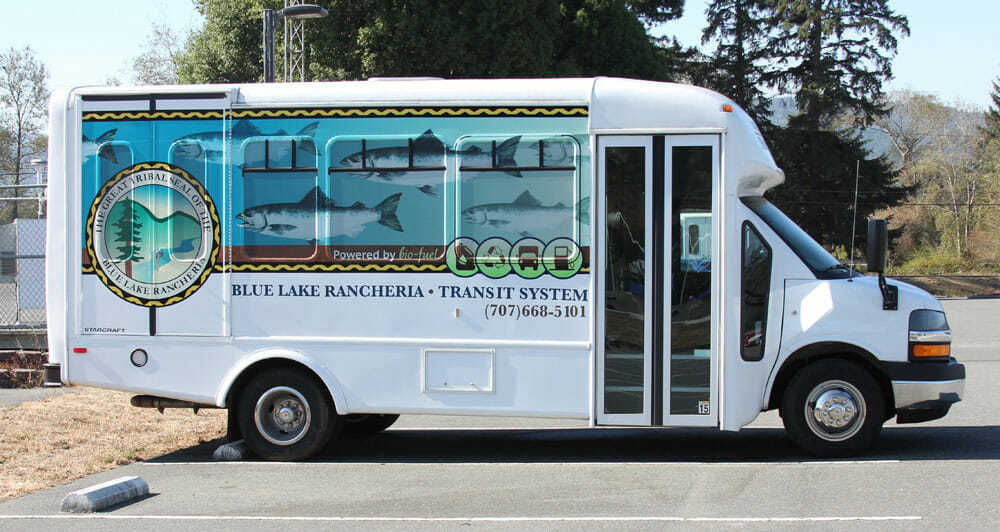 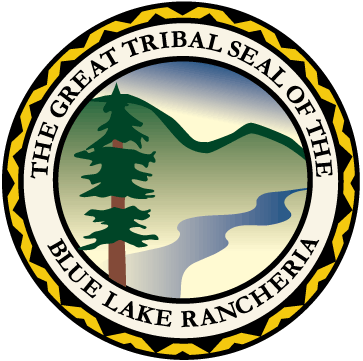