The agreement strengthens the relationship between the Tribe and Humboldt County.

The Blue Lake Rancheria has entered into a cross-deputization agreement with the Humboldt County Sheriff’s Office. Now, tribal peace officers have the power to enforce California law on and off tribal lands.

“It’s nice that we’re cross-deputized, as well as us having our federal commissioning, because anytime we handle a situation, there’s a lot of different ways we can handle it,” BLR Police Chief Justin Gill said.

Prior to the arrangement, BLR police could enforce a limited number of specific federal offenses but not state law. In the state of California, Public Law 280 gives the sheriff the authority to enforce state criminal law on tribal land.

Before the agreement was executed, “To have any state crime or state case go before the court, a Humboldt County sheriff’s deputy would have to come out and take that case over for us, and file it through the state court system,” Gill said.

“Or we would file the case through the federal court system based on our special commissioning with the BIA.”

Prior to execution of the cross-deputization agreement, this limited policing services the tribe was able to provide.

“Now we have the ability to file those cases in the state court system, which we wouldn’t be able to do without the deputization agreement,” Gill said.

The BLR has found that crime that occurs on the Rancheria involving guests is more effectively handled through California courts rather than federal courts; while cases that are culturally sensitive are better handled in tribal court.

“If there’s something that is culturally sensitive, that would make sense to go through our tribal court process, “Gill said.

The deputization agreement strengthens the relationship between the tribe and the Humboldt County Sheriff’s Office, allowing for better patrol coverage, and improving public safety on the Rancheria, and surrounding area.

“We are working together to solve crime trends, and we are partners in everything,” Sheriff William Honsal said.

“We are sharing information, we are doing crime prevention together, we are putting together task forces, and that kind of stuff to deal with those problems.”

“So by having the deputization agreement, we can work together, so a tribal officer who is cross-deputized can back up a deputy sheriff and vice versa,” Honsal said.

To be deputized, tribal peace officers are required to complete a 720-hour training program with the Humboldt County Sheriff’s Office.

“The native populations of Humboldt County, are the Native American tribes,” Honsal said.

“To recognize that, and to work together, and respect the tribe’s values and traditions, and working with them to solve some of the community problems… it really is essential trying to have that positive relationship and that respect, that mutual respect.”

The Blue Lake Rancheria is the third tribe in in Humboldt County to be cross-deputized, joining the Yurok and Hoopa tribe. 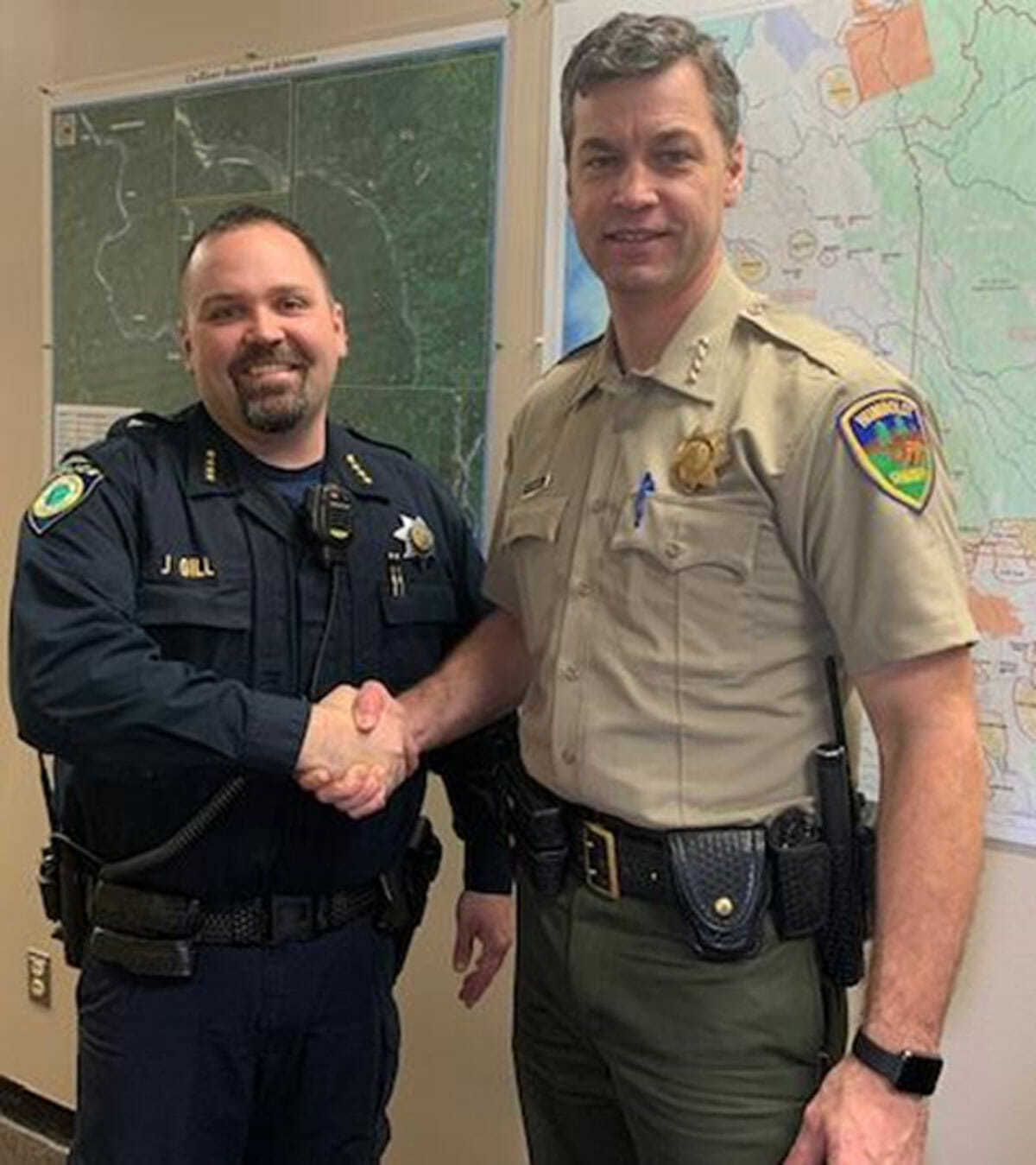